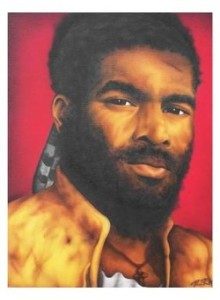 At this point, it’s probable that Estevanico was already a polyglot. We can conjecture that he spoke Darija, the Moroccan dialect of Arabic, as well as some Portuguese, and quickly became fluent in Spanish. Scholars believe that he was given the Christian name Estevan and baptized during his time in Dorantes’ service. When Dorantes signed on to Narváez’s 1527 expedition to Florida, he brought Estevan, unaware of what lay in store.

The 300 men on the expedition hoped to explore Florida for the first time and to claim it for Spain. They made ground near Tampa Bay, Florida and set out over land. The expedition quickly ran into misfortune, and, desperate to escape Native American attacks, illness, and the jungle, the men slaughtered their horses and constructed crude rafts from their melted metals. The 260 surviving members of the party hoped to cross the gulf and make it to Spanish-controlled Texas. Most of the rafts capsized and Estevanico and Dorantes were among the 80 men who survived the attempt.

They wintered on Misfortune Island off the coast of Texas, and only 15 of the party survived until spring. Once spring arrived, they made it only a short way on foot before being taken captive by a Native American group on the Texas coast. By the end of the six years they spent as slaves, only four men were left alive from the original party of 300. The four survivers were Estevanico, Dorantes, Alonso del Castillo Maldonado and Álvar Núñez Cabeza de Vaca.

It was during their harrowing two-year journey across what is now the Southwestern United States and Northern Mexico that Estevanico’s gifts as a natural interpreter truly came into play. Thanks to a gift for languages, Estevanico was fluent in their captors’ language and quickly picked up other Native American dialects. By the end of their journey, Estevanico was fluent in at least six Native American languages.

The four men quickly learned to present themselves as healers to the groups that they met. Estevanico acted as the primary communicator with these people, gathering key information about the territory, people, and cultures they traveled through. It’s likely that because the groups they stayed with had never met a black man before, his origins combined with the feathered gourd he carried and various gifts from the tribes they met enhanced Estevanico’s appearance. His and his companions’ reputations grew as they traversed the region, and by the time they arrived at a Spanish outpost in Sonora, Mexico, they were regarded as highly powerful healers.

Once the group reached Mexico City, the Viceroy of Mexico was quick to recognize Estevanico’s skills and to employ him on another mission. Although Fray Marcos de Niza was the titular leader of the expedition into Arizona, the party depended on Estevanico to go ahead of the party and establish contacts. His abilities as interpreter and diplomat finally failed him when he reached the Zuni Pueblo of Hawikuh in 1539. Accounts of his death vary widely, some claiming that he was killed for demanding women and turquoise from the chief and others instead claiming that he asked the Zunis to help him fake his death to obtain freedom.

However he died, Estevanico possessed a formidable ability to adapt and to communicate, and he ultimately was the first African or European person to explore much of the territory that is now the Southwestern United States and Northern Mexico. From his childhood, Estevanico use his ear for languages to survive in spite of incredible hardship, and his skills brought him farther in his lifetime than many others had the opportunity to travel.

What do you think of Estevanico’s interpreting adventures? Let us know in the comments!

You may also be interested in the following articles:

The History of Simultaneous Interpretation