5 Benefits of Learning a Foreign Language

In a world where forward mobility is an inevitability, finding ways to ensure that you’re keeping up can be difficult. Learning a foreign language can strengthen brain functionality, produce long-term health advantages and even help secure a higher-paid position in the work force. The following list will elaborate on some of the ways in which learning a foreign language (whether you’re bilingual or a polyglot) can benefit people in today’s ever-evolving society. 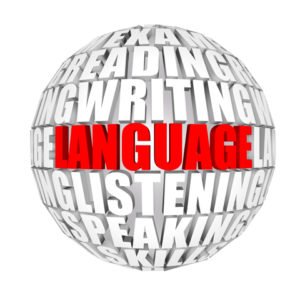 Several studies have shown the various ways in which the functionality of your brain is boosted by studying a foreign language. Cognitive skills are essential to one’s perception and understanding of new information; the study of a foreign language greatly improves one’s critical thinking abilities. Those who can switch between thinking, speaking or writing in different languages tend to be proficient in multi-tasking with minimal error, which has been proven to reduce stress levels. Polyglots are also proven to have more alert minds; they have a knack for keen perception that aids in problem-solving and decision-making.

Learning a whole new language is a challenging task that requires a lot of memorizing. When one is actively working on storing all of the elements of a foreign language in their brain, they’re using quite a bit of brain power. The more you use your brain, the stronger it becomes! The more you practice memorizing, the better your memory becomes! It’s as simple as that.

First languages are taught at a very young age, often making it so that a person’s use of that language is intuitive. Students of foreign languages learn to identify the different lexical categories in their chosen language, which in-turn makes them conscious of the language structure in their first language. When you’re actively thinking of the different parts of speech and grammar rules in any language, your competency in that language is inevitably going to develop and improve.

It’s no secret that being multilingual makes for a more marketable and versatile employee. Companies see multilingualism as an indicator of a person’s intelligence and diversity, and are willing to pay more money for that flexibility! Fluency in more than one language can also help fulfill dreams of working overseas. Want that competitive edge? Learn a foreign language!

The study of a foreign language has been linked to prolonging the onset of mental illnesses such as Dementia and Alzheimer’s by about 4 years! Even if a person is solely studying the basics of a foreign language, it has been proved that this practice can lengthen the time in which one’s memory remains intact.

So now that you’ve read about the benefits of learning a foreign language, the question is – from which language would you like to reap these benefits? Do you have any personal anecdotes about these benefits? Share your thoughts below!

4 responses to “5 Benefits of Learning a Foreign Language”