Home » Marketing and Networking » All About Video Game Localization

All About Video Game Localization 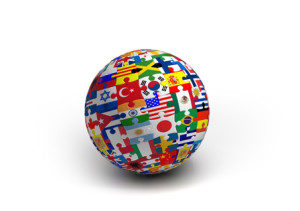 The video game industry is among the most globalized entertainment sectors, with gaming production powerhouses located in the U.S. and in Japan. Games from these two countries and others are played on a range of platforms from Facebook to PlayStation to Xbox. Before they make their way to enthusiastic audiences around the world, each game must be localized for the target consumers in a new culture.

Gaming localization is a comprehensive process that consists of much more than translation of dialogue and instructions. Before they begin to make specific changes such as translation, localizers must delve into the game itself. Many games are a part of a franchise and have pre-established terminology that fans come to expect from the game’s specific world. Take the Portuguese version of Assassin’s Creed, which was originally released without translation of the protagonist’s weapons. As a result, the Assassin’s Creed fan community adopted the English weapon names, and for the sake of consistency, subsequent localizers retained the English terminology in the sequels.

What’s more, translations must be consistent within the feeling of the game itself. Even fantasy settings often have their roots in specific cultural concepts, such as Legend of Zelda, a game that draws from Norse mythology and visual associations. As a result, the characters’ dialogue must reflect the cultural and mythological associations integral to the game. Games with complex world building and highly developed story arcs are among those in highest demand, and their complexities offer translation challenges that parallel those found in translation of literature.

Game localizers must either adapt or find alternative meanings for visuals and aspects linked to culturally specific concepts. This in-depth description of Japanese-English localization of a Wario game for Wii demonstrates the creativity necessary for cultural adaptation of some video games.

Beyond comprehension and consistency, localizers must also conform to nationally enforced ratings systems or censorship laws. China’s strict restriction on depictions of Tibet and Taiwan and independent nations make it difficult for games with historical political maps or national sports teams to enter the Chinese market. Alternately, games set during WWII, such as Call of Duty or Battlestrike, must adapt their visuals to German markets by avoiding Nazi symbols like the swastika.

Insider knowledge of both the target culture and gaming culture is vital to the localization process. Professional video game localizers work with the audience in mind to recreate the same gaming experience tailored to a new language and culture. While the process is complex, the product of successful video game localization can be felt in the worldwide success of the videogame industry.

What has your experience with localized video games been, either as a localizer or a player? Share your thoughts in the comments!

One response to “All About Video Game Localization”