How does language affect event perception? 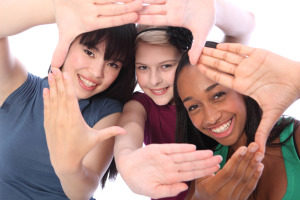 As we have discussed in previous blogs, research conducted over the past few decades suggests that the language we speak affects our perception of the world. The extent of this influence is hotly debated, but it is generally accepted that our native language can shape the way we see and think about certain concepts. An interesting manifestation of this phenomenon is the different ways in which speakers of distinct languages perceive events.

Take, for example, the most common way to say “I dropped the mug” in Spanish. In English, the sentence is structured in such a way that the person responsible for the event is clearly indicated; the blame falls on the subject of the verb. In Spanish, however, one would say “se me cayó la taza”, or, very roughly, “the mug fell from me” or “the mug was dropped by me”. While the construction still indicates from whom the mug fell, the structure partially removes the blame from the person who dropped the mug and, in a way, implies he or she is the victim of said mug falling.

Another example of the way in which language appears to affect event perception is the difference in tense use among languages. In Indonesian, for instance, verbs do not indicate tense; if you wish to specify when an action occurs, you can include certain temporal words, such as “now” or “soon”, but these are optional. In this study [PDF], researchers show how speakers of Indonesian experienced more difficulties than English speakers when remembering the tense of actions they witnessed; a logical conclusion of these findings is that, since Indonesian verbs do not include tenses, an Indonesian speaker will not place as much value on these details when remembering or transmitting information about events.

Since such differences in perception can affect memory, they could have certain implications, particularly in legal settings. This study [PDF] discusses how linguistic structures can influence one’s view of blame and responsibility; while it focuses on differing constructions in just one language, it can certainly be expanded to apply to differences among languages.

Not everyone agrees with the conclusion that our language affects the way we view the world; certain linguists, such as Noam Chomsky, argue in favor of a more universalist perspective; that is, they maintain that thoughts run deeper than language and possess certain universal qualities regardless of one’s native tongue. What do you think? Do you believe our language can affect the way we see, understand, and remember events and actions? Share your thoughts in the comments below!

4 responses to “How does language affect event perception?”