Home » Language » How Language Affects Our Perception of the World

How Language Affects Our Perception of the World

Ask someone to describe a smell, and you will often receive an answer that is vague, confused, overly simplified, or uses other odors as a comparison. Studies aiming to determine how well people can identify smells around them have only seen success rates of 50%, even when using common scents such as coffee, bananas, or chocolate. These results have led researchers to the conclusion that smells “defy words” and that they do not connect well to the language centers of the brain, but new evidence shows this may not be the case.

A team consisting of a psychologist and a linguist from the Netherlands and Sweden, respectively, ran tests with speakers of Jehai, a tribal community in the Malaysian Peninsula. The Jehai language has a number of 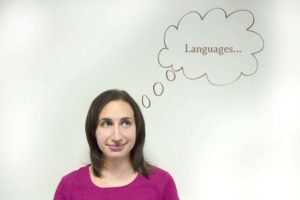 abstract words that describe smell qualities, much as English has abstract words to describe the qualities of tastes or colors. The tests compared reaction times, type of response, and speaker agreement between sets of English versus Jehai speakers.

It was discovered that both the English and the Jehai teams were able to quickly and concisely come to an agreement about how to name and describe colors. However, while the Jehai teams were able to do the same with smells– even unfamiliar odors– the English teams took up to five times longer to find responses that described the smell, and frequently were unable to properly identify the source at all.

These results suggest that our ability to describe smells is not impeded by a biological connection with the brain, but rather adequate words in our language that would enable us to recognize and delineate the characteristics of odors. The Jehai, having lexicalized these characteristics, have no problem describing smells.

This raises interesting questions about language use and perception. It’s commonly accepted that everyone sees the world through the lens of their own personal experiences, cultural background, and by the constraints of their language. How might individual languages impact the way people perceive their physical environment or more abstract concepts?

Did you grow up speaking two or more languages? We would love to read your thoughts on cultural and environmental perception through language!

5 responses to “How Language Affects Our Perception of the World”