The United Nations relies on its translators and interpreters to bridge the gap of communication between the international member nations that do not operate in the same language. Find out how each role uniquely contributes to the function of the UN. 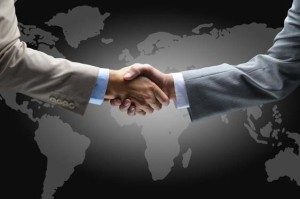 Both United Nations interpreters and translators are fundamental components of the United Nations operations because they are the ones who facilitate communication between nations that would otherwise be separated by language barriers. Between the use of UN official languages of French, English, Spanish, Russian, Chinese and Arabic, each member nation of the UN is able to communicate as a result of the specialized expertise in multiple of these official languages that interpreters and translators possess. In order to be accepted to either position, the aspiring interpreter/translator must pass a qualifying examination. Not only do they have to prove their ability to communicate in these languages, they must also familiarize themselves with the cultures of the member states of the UN with which they will interact.

The way in which these two jobs function, however, is considerably different; interpreters perform oral translations during meetings, while translators work specifically with documents that need to be rewritten in another language. Interpreters don’t have the time to reference a dictionary or meticulously put a perfect sentence together because their work is required immediately. This makes the task of an interpreter tense and stressful, having to relay a message only relying on prior preparation and general knowledge. The stress is one of the most distinctive challenges in the role of an interpreter, and it takes a great amount of practice to deliver a calm and accurate interpretation.

The work of a translator, on the other hand, is detail oriented. They have deadlines that are somewhat less immediate than a simultaneous or consecutive interpretation, and therefore they can use this time to perfect their work, utilizing memory software and dictionaries to ensure preciseness. It is essential that the correct translation be made because once a document is printed, it is much more official than spoken word, and therefore harder to fix. Because of the potential severity an error could cause, translations are always reviewed by other experts before they are considered complete. The key element of a translator’s responsibility is accuracy, because they are handling official documentation for the UN.

To find out about the specific language combination requirements particular to these positions, see the UN official pages: