Why The United States Doesn’t Need an Official Language

Did you think English was the official language of the United States? It may be the primary language that the U.S. government and media conduct themselves in, but it has never been formally declared. In fact, the U.S. has no designated language, making it one of very few countries in this scenario. This post explores reasons why the U.S. has not elected an official language, and the cultural impact this choice may have. 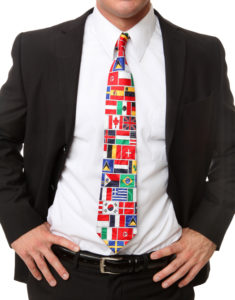 English in today’s world is everywhere; it is an international language of business, politics, and one of the top languages spoken worldwide. So why does a country that was established by English speaking policymakers not also establish English as its national language? To evaluate the significance of any language in the United States, we can start by looking at the very beginning of its political history. Since the establishment of the U.S. government, the country’s demography has been largely influenced by its high rate of immigration, which continues even today. In the height of colonization by western powers that took place in much of the 17th century, for example, three major empires (Great Britain, France, and Spain) all established colonies on what is now United States land. Even before these settlers arrived, the people indigenous to the land, Native Americans, had diverse tribes across the continent which all used different language to communicate. Already, this complicated beginning to the United State’s government, only established in 1776, suggests that it’s not likely everyone would agree on English as the official language of their nation that was just beginning to discover its complex identity.

Over the United State’s history, in fact, high levels of immigrants from countries on every continent have entered the U.S. and in effect have influenced culture across the country. The overall culture of the country is unique in that its identity isn’t static; instead, it is a culmination of multiple ethnicities and cultures, constantly offering new perspectives and possibilities for how we communicate. Considering how the country has adapted to many different cultural influences melding together, not electing a single official language allows the country and its diverse people to continue its growth without constricting it to a monotonous culture.