5th December, 2017 I by Zachary Sheaffer

At the end of the first semester of my sophomore year, I thought that I had nearly conquered the Arabic language. I figured that I was ready to go abroad; I had the necessary skills to communicate in a casual setting and make friends. I was wrong. In the second semester of my sophomore year, I took a class on the Levantine dialect. After one week of the class, I hated it. There were so many different words and phrases, and it felt like all of the rules I had learned while studying Modern Standard Arabic were being ignored. Three months after completing the course, I can tell you that learning a colloquial dialect was the best decision I have made during my time as an Arabic student. Speaking in the Levantine dialect has been much more enjoyable than speaking Modern Standard Arabic and incredibly beneficial. 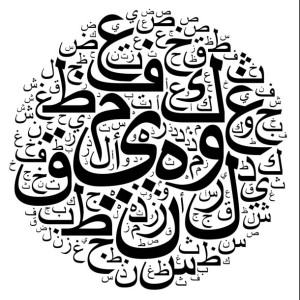 To clarify, Modern Standard Arabic is not a conversational language, ask any native Arabic-speaker. MSA is meant for written and formal situations; it is also used in situations where speakers cannot understand each others’ dialects. On the other hand, colloquial Arabic is solely a spoken language and is used in day-to-day settings. There are a number of dialects within colloquial Arabic, varying among most countries and regions. Common colloquial dialects include Levantine, Moroccan, and Najdi. Although all of these dialects fall under the blanket of the Arabic language, most of them are so diverse that speakers of different dialects often cannot understand one another.

So why should an Arabic student learn a colloquial dialect? For one, it can be very useful if you ever plan to travel abroad. Whether it is buying vegetables from a market, trying to make friends, or simply not looking like a stereotypical tourist, a colloquial dialect would be the recommended form of communication. If one speaks in MSA, it is usually considered staid. Second, speaking a colloquial dialect is a lot easier. For example, I can speak the Levantine dialect at a much faster pace and therefore sound more fluent than I do in MSA. Finally, learning is fun, and in terms of Arabic, I feel that learning a colloquial dialect has helped me to better understand the culture and people that surround the Arabic language.