Which Arabic Dialect Should Translators Master?

Learning any language requires choosing a dialect, but in Arabic this choice is perhaps more important than in other languages. Differences in Arabic dialects are sometimes so large that speakers from different areas cannot communicate with one another.

This poses a problem for anyone considering learning Arabic for translation: unless the translator already has a connection to a certain dialect, making a choice of which one to master may mean limiting work to a certain region. Here’s a guide to five major dialects to help you more easily select which form of Arabic to study. 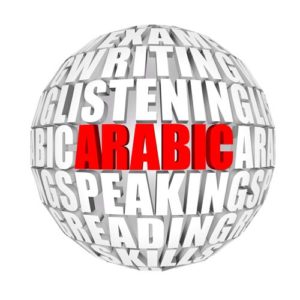 Originating from Classical Arabic or Literary Arabic, Modern Standard Arabic (MSA) is the language of the Koran with some modern vocabulary updates. Since it’s common throughout the Arab world, MSA might seem like a great choice for someone considering translation or interpretation. The problem is that MSA is a written dialect more than a spoken dialect. Children learn it in school, but don’t speak it at home. Translators may find it useful in academic and religious contexts, but may struggle to have everyday conversations.

So should you learn it? In media and government, MSA proves useful to translators, since it’s widely used in those domains. It’s also the official language of 26 countries, so it’s necessary for some government documents. However, language service professionals, especially interpreters, would be well advised to learn MSA in conjunction with a regional dialect of Arabic to allow for conversational translation and interpretation

For the past couple of decades, television shows broadcast out of Egypt have been widely viewed in other parts of the Arab world. Because of this, Egyptian Arabic is considered to be one of the most understood dialects of the language.  About 53 million people speak Egyptian Arabic, according to the UCLA Language Materials Project. This wide range of speakers makes it one of the best dialects to learn.

Moroccan Arabic does not have the linguistic prevalence of Egyptian Arabic, since its 20 million speakers reside mostly within Morocco. Although the dialect is similar to the Arabic spoken in Mauritania, Algeria, Tunisia and Libya, it is sometimes considered one of the least comprehensible dialects to speakers from other parts of the Arab world. For that reason, it’s a good choice only for translators who know they want to focus on Morocco. Morocco has a well-established trade relationship with Europe, so it could be an interesting dialect for speakers of romance languages, especially since French is another main language of the country.

Arabic speakers living on the Eastern coast of the Mediterranean in Syria, Lebanon, Palestine and Jordan use the Levantine dialect. Translators would do well to learn the dialect, given the historical, religious and current political importance of the region. Overall, the language has 21 million speakers. Understanding of Levantine Arabic by speakers of other dialects has increased because of the Palestinian diaspora. It should be noted, however, that the dialect varies between countries.

As its name suggests, Gulf Arabic is spoken by about 3.6 million people living around the Persian Gulf in Kuwait, Iraq, Saudi Arabia, Bahrain, Qatar, the United Arab Emirates, Oman and Iran. The region has global economic importance as the world’s largest source of crude oil. Translators interested in diplomacy, business, engineering and international development would benefit from learning Gulf Arabic.

Besides those listed above, there are many other dialects of Arabic. To hear some, check out this Reddit project showcasing the same story as read by Arabic speakers from different regions.

Overall, it’s best for translators to focus on a region that interests them and pick the dialect that fits that area. Learning a dialect in conjunction with MSA can also be helpful for grammar, mastering the alphabet and increasing the versatility of the translator. Interpreters will definitely need to know a dialect and may even need other regional languages to best meet client needs. So decide where you want to work and what you want to do, then pick the dialect accordingly.

Have you learned Arabic as a second language for personal or professional reasons? Which dialect did you choose and why? If Arabic was your first language, what dialect do you speak and what dialect would you recommend for others to learn? We’d love to know!

One response to “Which Arabic Dialect Should Translators Master?”