On June 12th, 2016 the 70th annual Tony Awards captured the attention of nearly nine million American viewers as the hit musical Hamilton racked up an astounding eleven honors. However, many believe the most noteworthy performance to grace the Beacon Theatre stage Sunday night was Deaf West Theatre’s reproduction of Spring Awakening, one of the first Broadway shows to feature deaf actors and actresses. 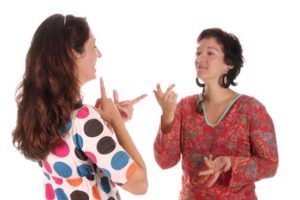 The groundbreaking revival of Spring Awakening, which returned in 2015 after originally closing in 2009, blends deaf performers, American Sign Language, and hearing performers into the show’s staging and choreography. While watching the performance, one can find themselves pleasantly immersed in everything occurring onstage and better understand how director Michael Arden pulled off such a revolutionary production. He delicately divided the major roles of the show among his deaf and hearing actors; the hearing actors essentially serve as a shadow to the deaf actors, delivering songs and some dialogue. For example, during the performance at the Tony Awards, deaf actress Sandra Mae Frank, who plays Wendla Bergmann, used sign language to beautifully deliver her lines in the hit piece “Mama Who Bore Me.” She was accompanied by actress Katie Boeck, who provided the necessary singing and spoken dialogue.

The group also displayed the piece “The B*tch of Living” following “Mama Who Bore Me.” When the original cast performed this piece at the Tony Awards in 2007, some of the spoken “adult” English was not approved by CBS and therefore had to be changed. In 2016, the adjustments came with the American Sign Language because some of the signs were viewed as too risqué and were censored, forcing the cast to change the signs in order to make it more appropriate for all viewers. This affected much of the performance due to the fact that American Sign Language was fused into the choreography. Despite that hurdle, the presentation remained breathtaking.

In my opinion, Deaf West Theatre’s Spring Awakening is one of the most inspirational and fascinating shows to ever perform on Broadway, without a doubt stealing the show at the 2016 Tony Awards. What are your thoughts on Deaf West Theatre’s use of American Sign Language and deaf performers in the musical Spring Awakening? Can you think of another example of any production where two actors are used to portray one character through two different means of communication?