Deciphering Language in the Genes

Researchers have isolated a gene that appears to affect the production of language. It was discovered when half of a single large family in London showed difficulties with articulation and grammar, all of whom possessed a disrupted version of the gene, called FOXP2. According to evolutionary biologists, the gene “differs significantly in its DNA sequence” from mice and chimpanzees. 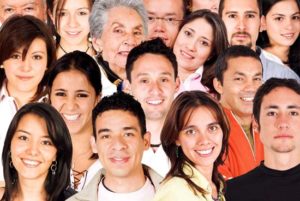 A laboratory in Germany genetically engineered a strain of mice to have the human version of the FOXP2 gene, and found significant differences in their communication. The gene produces proteins that activate other genes, particularly ones involved in the production of tissue in the brain, stomach, and lungs, among others. The mice with the human version not only communicated with each other in different pitches- even when still babies- but also showed an increase in complexity in the basal ganglia- an area of the brain humans use for language.

Mutations of the gene have been found in individuals who have speech impairment, but not cognitive disabilities. Tests made with songbirds show difficulties in producing variations of song, and it is suspected to have played a role in the development of bat echolocation. Both positive and negative results have been returned in tests linking FOXP2 to autism, but researchers are hopeful that a more thorough understanding of the gene will help with understanding how the brain and language work together.

What impact do you think the “language gene” will have on speech therapy and autism research over the next several years? Let us know in the comment section below!

3 responses to “Deciphering Language in the Genes”