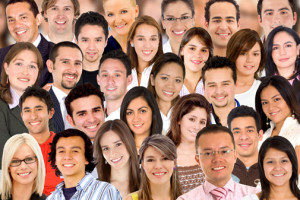 Parents encourage your children to speak your language, your native tongue and that of your parents. Your kids will play mainly in English their friends their video games their TV shows all in English. It is the language they will use to form bonds with their friends. Often parents find that although they speak to their child in their native tongue their children respond in English or some mishmash of their parent’s tongue and English combined. Your children find it easier to speak the language that surrounds them daily. I did the same. Living in this country it was easier to learn and speak the language that filled my ears every day for most of the day than it was to preserve the language I heard only at home. Besides I wanted to fit in, not stand out. While English became easier and easier for me my native tongue became more and more difficult to speak. I was blessed though with a mother with foresight, who understood the benefit of speaking more than one language and insisted that our home be English free. She enforced this if necessary with a sharp rap to the head and the admonition to speak Spanish when speaking with her. She knew that by preserving my language skills and encouraging me to develop them she was giving me more than just a second language. Maybe she did not know that she was helping my brain to stave off dementia or that it helped to improve memory, concentration, and critical thinking abilities. But she did understand that it would help me improve family bonds making sure I was able to communicate with family that did not speak my new language. She knew it would expand my career choices. She knew it would open roads for me, and she knew it would increase my earning potential in the marketplace.

As to all those sharp raps to the head and admonitions that it took to enforce the Spanish only zone rule…..I can only say one thing; Thank you mom for raising me bilingual.

What do you think are some of the benefits of raising bilingual children? Write your thoughts in the comment section below.