Home » Language » The Human Brain and Language – Use of Brainpower!

The Human Brain and Language – Use of Brainpower!

3rd March, 2015 I by Translation Excellence 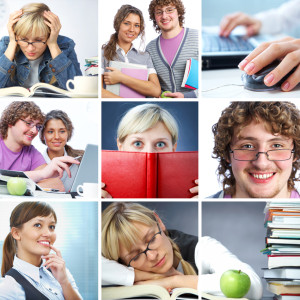 The art of being able to express one’s self in more than one language is a rare and wonderful gift that often requires a lifetime of learning.

At a very young age, the human brain is exposed to a series of sounds that begin to create associations in the brain as the young child begins to understand how the jumble of sounds that we call speech begin to connect and form ideas and thoughts to physical things and concepts.

It is a widely accepted theory that young children understand language long before they are able to speak for themselves and as they develop speech patterns their speech is less than perfect for quite some time before they have a firm grasp on a language. The same theory applies to adults and/or teenagers who are attempting to learn a language, in fact, creating associations in the brain with words and phrases in a different language can prove even more difficult in older children and adults than teaching a young child its first language and in many cases, it is not because of a lack of trying on behalf of the learner.

As the human brain grows, the part of the brain that is used for learning languages becomes less apt to recognize different sounds and accents that it is not exposed to on a regular basis. This explains why older children and adults who are learning another language often times try to repeat words that they have heard in conversation, only to find that while to them, it sounded exactly the same as what they heard a native speaker say, it sounded completely different to a trained ear.

The process, both for children and adults, in learning a language can be described in terms of photography. For a young child or an adult learning another language, the associations and connections that they are able to create in their minds begin as a blurry picture with no detail, minimal color and only very few objects. As the brain learns to associate more things with different words, the picture becomes clearer and more detailed.

Creating associations in the brain for more than one language is often times a lifelong process when attempted after childhood, but is an extremely rewarding experience and an excellent use of brainpower!

How many languages do you speak and what was the process of learning that/those languages to you? Write your comment below.

3 responses to “The Human Brain and Language – Use of Brainpower!”