How Radio & Television Advertising Differs from Country to Country 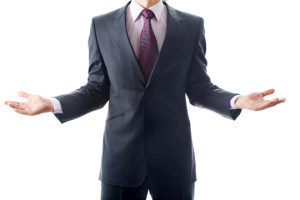 dvertising is the attempt by a company to raise awareness in a certain population in order to foster a commercial relationship between consumer and supplier. The advertisement targets a specific audience to bring in more customers that will purchase the company’s goods and services.

The first television ad to air in the US was broadcast on July 1, 1941 in New York before the Brooklyn Dodgers played the Philadelphia Phillies on the station WNBT (now WNBC). The ad was for Bulova Watches. The first TV advertisement in the United Kingdom was broadcast on the ITV station on September 22, 1955 advertising toothpaste. In Japan, a commercial was first broadcast on television in 1953 in late August. The advertisement was paid for by Seikosha, a watch and clock company (now Seiko).

In the United States, the Federal Communications Commission regulates radio and television broadcasts in all 50 states (and DC) and the US territories. Of the regulations, one in particular stands out with respect to advertising. In the US, the FCC has designated the 88-92 megahertz bandwidths for educational programming and no advertisements are allowed on these frequencies. The most notable broadcast in this range is 88.5 with National Public Radio and their programs. NPR does not advertise, as it is against the FCC regulations.

Today in the United States, television advertisements take up more time than they have before. In the traditional hour-long block during which a show is broadcast, approximately only 42-44 minutes of the hour are used for actual programing. The other 16-18 minutes are taken up by advertisements. During a half-hour program block, 8 minutes are spent on commercials, and the other 22 minutes hold the programming.

In the European Union, many countries have passed laws that prevent radio and television airtime from being used for political means. The regulations are aimed at preventing advertisements from candidates and political parties. The countries want to demonstrate that money doesn’t win elections, as those who have larger campaign funds would be able to fund more political advertisements on radio or television. Radio and television have been cherry picked in this situation due to their breadth of influence and their ability to reach almost every household in the country.

India has also taken steps to keep the political playing field level by making politicians’ ads subject to review before they may be aired on television or on the radio.

In Russia, tobacco, alcohol, and medications cannot be advertised on television and radio. Furthermore, the Russians set aside only 15 minutes for ads per hour, which is less than the advertisement time in the United States. In the Philippines, individual stations regulate the advertisements they show. In Argentina, advertising is limited to 12 minutes during an hour long broadcast block.

In conclusion, radio and television advertising regulations are different across the globe. Some places heavily regulate the industry with official government-created regulation agencies, and other countries allow the stations to self-regulate their advertisements and commercial time.

What do you think of these different regulations in countries across the globe? Tell us in the comments below!