In the past, students in Japan spent hundreds of hours learning how to write in kanji, part of the written Japanese system. With the advent of laptops and smartphones, however, this skill is declining among the country’s youth. Writing kanji perfectly and keeping alive the history of the pictographs and ideographs from which the characters came has been viewed as an art form throughout the history of both Japan and China. Lately, it has lately fallen from that lofty state. 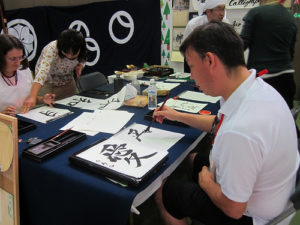 Despite the lack of history, however, some teachers are hailing the shift to technology as a way of allowing students to write more, rather than beautifully. Writing in an easy-to-understand way using the two other Japanese scripts of hiragana and katakana, as well as borrowing from English, allows students to write both more and faster content by focusing on the message they’re writing rather than the form of what they’re writing. It can, unfortunately, cause issues when filling out handwritten forms, when more technologically advanced options aren’t available.

Traditionalists fear that this trend means a fundamental loss of culture, but others argue it opens up more time for reading or, ironically, studying kanji as an art form. The Japan Kanji Aptitude Testing Foundation, based in Kyoto, has not seen a decline in people who wish to take their exam. They argue that the increasing popularity of text messaging as opposed to phone calls requires fluency in at least recognition of kanji, if not the actual ability to draw it. One student in Tokyo even pointed out the usefulness of kanji, wherein one symbol can mean an entire word or concept. This could prove very useful in the age of limited communication such as Twitter and short form text messages.

People are always seeking ways to do things more quickly and easily. Do you think it is an advantage to be able to recognize kanji but write more quickly using hiragana and katakana, or do you feel like a fundamental skill would be lost if people stop writing in kanji?