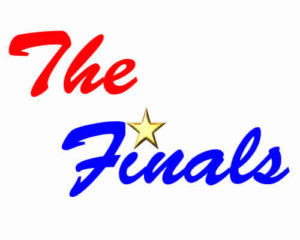 For any American sports fanatic, a rematch of last season’s NBA Finals between Steph Curry’s record-breaking Golden State Warriors and LeBron “King” James and his royal court of Cleveland Cavaliers expected to be must-watch television this June. Despite the Warriors early domination in the series, thus far the 2016 NBA Finals have exceeded expectations in terms of television ratings. In fact, according to Nielson, Game 1 of the best-of-seven series was the most-watched and highest-rated Game 1 ever on ABC, encompassing roughly 19,197,000 viewers throughout the United States. However, this year’s Finals have proven to be a worldly affair, extending far beyond the borders of the United States.

ESPN Deportes and ESPN Deportes radio is covering the entirety of the series live in Spanish, including a preview show before each game. ESPNDeportes.com will also provide extensive coverage of the finals through different columns, analysis, and highlights. As a result, Game 1 of the Finals was the highest-rated Game 1 ever on the network with about 124,000 Hispanic viewers.

Tencent, one of China’s most popular internet portals, has given millions of Chinese access to NBA action. According to International Business Times, in the league’s 2015-2016 season until May 6th, 641 million viewers tuned into live NBA coverage through Tencent. All someone has to do in order to indulge themselves in the crusade between the Cavaliers and Warriors is download the NBA Tencent app, which will give the user free access to all the 2016 Finals from their mobile devices. The company even flew over more than ten of its workers, including reporters, producers, and camera operators to cover the first two games in Oakland. Their coverage included live play-by-play commentary, a pre-game show, and a post-game show in Chinese. The Tencent crew was among the more than 280 members of international media from more than 30 countries and territories present to cover the series (via SFGate).

All in all, a matchup of two of today’s most iconic players in the sport of basketball (Steph Curry and LeBron James) has done wonders for the television ratings and international attention received from this year’s NBA Finals. Whether a youngster hits deep threes in the streets of Oakland or Shanghai, they will be known for possessing “Curry range.” It is evident that the popularity of the sport of basketball and of the NBA is rising around the world, uniting people of different cultural backgrounds and languages along the way.

What are some other examples of international media covering American sports that you can think of? Do you think sports and sports coverage bring together different cultures and languages?

Article: Simultaneous Interpretation and the Brain