The World’s Ten Most Translated Authors 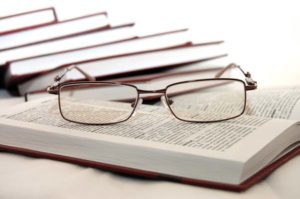 Have you read the world’s most translated authors? If you think that means catching up on Tolstoy or Proust, think again.

Rather than classics, the world favor’s popular fiction, according to data complied by the United Nations Educational, Scientific and Cultural Organization (UNESCO), which compiles translation records in its Index Translationum.

Mystery writer Agatha Christie has the distinction of the world’s most-translated author with 7,233 translations — almost 3,000 more than the next most popular, Jules Verne.

Other top writers in UNESCO’s ranking include masters of sci-fi, suspense and romance as well as three writers of children’s books. Six of the top authors write in English, but French, German and Danish writers also make the list.

Notable translated works: Murder on the Orient Express, And Then There Were None

Notable translated works: Twenty Thousand Leagues Under the Sea, Around the World in Eighty Days

Notable translated works: A Sword to the Heart, Fascination in France

Notable translated works: What is to be done?, The Right of Nations to Self-Determination

Notable translated works: Anderson’s Fairy Tales (including stories such as “The Little Mermaid” and “The Emperors’ New Clothes”)

Notable translated works: Children’s and Household Tales (including stories such as “Snow White,” “Hansel and Gretel”)

While there are some authors I wasn’t surprised to see on the list, I didn’t expect Agatha Christie to be number one!

Are you surprised by the list? Have you read the original works or the translations from any of these authors? Let us know in the comments below!

10 responses to “The World’s Ten Most Translated Authors”