What’s the most popular language for a Tweet? Still English, as it turns out.

According to a recent study released by French media research company Semiocast, English-language Tweets make up 34 percent of Twitter content on an average day.

But Twitter is far from monolingual. The social media site has about 232 million users worldwide, and two thirds of daily Tweets are in a language besides English.

The three most popular, according to the Semiocast study, are Japanese, Spanish and Malay. Other top languages include Portuguese, Arabic, French, Turkish, Thai and Korean.

Why are certain languages more popular? Population could be one explanation. Languages with a higher number of speakers generally had a greater share of Tweets. Spanish, spoken by 6 percent of the world’s population, is also one of the most popular Twitter languages with 12 percent of daily Tweets. Portuguese and Arabic, the 5th and 6th most spoken languages in the world, each had 6 percent.

But population is not the only factor: culture and linguistics also play a role. In terms of linguistics, the Twitter character limit allows for different communication levels in difference languages. Even though users are always limited to 140 characters, in some languages, thanks to alphabet and language structure, those characters go farther. 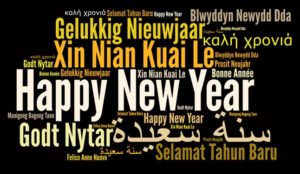 If a user can say more, they might be more inclined to use the service.

At least, that’s what Twitter’s second most popular language suggests. With 16 percent of daily Tweets, Japanese is hugely popular. It’s also a very condensed language. In Japanese, words often require fewer characters than English and the language permits brevity: pronouns are rarely used and the subject of a sentence may be implied by context and not stated. The ability to say more may be one reason that Japanese Twitter users make more of the service.

Meanwhile German, which uses many long subordinate clauses, makes up less than 1 percent of daily Twitter use. The language structure might be part of the reason for the low use of German on Twitter, with other factors like a culture that values privacy contributing.

Ultimately, the popularity of Twitter in any language depends on whether or not there is a competing local social media company offering similar services and business deals.

As Twitter continues to expand globally, the languages that dominate the service will likely continue to change. If Twitter hopes to move beyond English, the company will have to pay attention to local linguistics, culture and business to attract speakers of other languages.