An Overview of Less Well-Known Sports in Other Countries

While sports such as football, soccer and basketball play a huge role in the culture of the U.S., other cultures’ sports tend to be forgotten about. However, other countries’ sports play large roles in their own cultures. This blog post will provide an overview of the most popular sports in other countries. 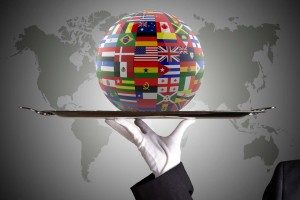 With all the focus recently on the World Cup, Brazil’s other popular sport might be overlooked. Capoeira is a famous Brazilian sport that consists of part dancing and part martial arts. The sport consists of sweeps, evasions, kicks and flips that are all incorporated into a demonstration of skill between two partners. The objective of the game is not to attack your other opponent, but to out-skill your opponent while keeping the rhythm of the music.

While Cricket is the most famous sport in England, it is also very popular in countries such as India, Australia and South Africa. Cricket is a game played with a ball and a bat between two 11-player teams. The object of the game is to score more runs than the opposing team. Similar to baseball, a run is completed by the non-hitter running from one end of the pitch to the other, when the hitter strikes the ball with the bat. For more information on the rules of Cricket, see here.

Oil wrestling is a commonly played sport in Turkey. The players douse themselves in olive oil, and proceed to wrestle each other. The players wear special shorts made of calfskin that their opponents may grab on to in order to have a better grip. Every summer, Turkey hosts a three-day tournament of oil wrestling, where competitors determine who the chief wrestler of the year will be. To give a little perspective on how long this sport has been around, Turkey has been hosting this competition since 1346.

In Japan, one of the most popular sports is sumo wrestling. The point of sumo wrestling is to force your opponent out of the ring by pushing them. Sumo wrestling, a full contact sport, has had trouble finding new members though, given its corruption and often rigged games. While sumo wrestling is similar to American wrestling, most sumo wrestlers are very large in order to give them an advantage in the arena.

The national sport of Chile is the rodeo. Rodeo is so popular in Chile that in 2004, rodeo matches received a larger audience than football matches that year. Chilean rodeo is a different sport than American rodeo, though. In Chilean rodeos, teams of two compete on horseback to try to get a calf to run towards their own areas. Points are awarded by the skill of the turns. The real challenge in this sport is the test of horse and rider since riding is such an important aspect of this sport.

The game of Pato is part horseback riding and part basketball. Pato is one of the most popular games in Argentina (besides football). Teams of 4 compete to get a ball across the field and into their respective goals. The game is called Pato since before a ball was used in the game, the Argentines used to use a duck (Pato is Spanish for “duck”) in a basket instead.

Now that you know a few of the less-well known sports in other countries, which ones do you think sound like fun? Let us know by sharing your answers in the comments below!