Even people who know about relay interpretation may have some gaps in their knowledge, and we’re going to fix that today! If you are totally unfamiliar with the topic, no need to worry either. We’ll start off with a simple explanation. 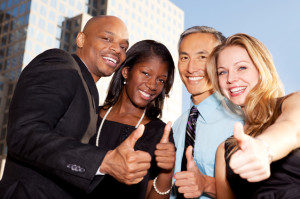 In most instances of simultaneous interpretation, the transmission of speech occurs through private microphones and headsets. If you happen to be a recipient of interpretation services at the event, you still might not even know that relay interpretation is occurring. Since all of the transfers occur through headphones, the only difference you may notice is a slight delay in the interpretation.

As long as all of the translators are able to relate to a common language, everybody in at the event will be able to understand any speaker’s message. If absolutely necessary, a message may have to travel through two or even three relays, but the fewer legs of the transmission, the more accurate the message will be.

The most obvious drawback of relay interpretation is increased likelihood of mistranslations. It is nearly impossible for a translation to capture precisely the same meaning as its original statement. So, each time a message is transferred to another language, some of the original meaning, tone, and connotation is lost. The fewer translations, the more accurate the message.

Another issue that can result from relay interpretation is a delay in communication. Simultaneous interpreters relay a translated message while they hear the original, but it is impossible to avoid a slight pause. With multiple relays, the delays in communication grow, and this can be an inconvenience if not a problem depending on the event.

Article: A series of 5 articles about simultaneous Interpretation including tips for beginners