Home » Culture » Getting Around Japan Part 2: Trains and the Shinkansen

Getting Around Japan Part 2: Trains and the Shinkansen 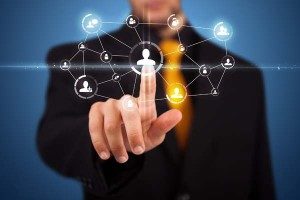 Last time, we took a look at car usage in Japan. This time, we’ll take a look at one of the most popular forms of Japanese public transportation: trains and the shinkansen.

The Japanese trains and the shinkansen are low cost and run consistently on-time without fail, making them a good option for city-goers to use during a busy day. When compared to owning a car, taking the train can be considerably cheaper and various passes provide unlimited train use for a one-time fee.

These trains are used widely, especially during times when people are leaving for work and returning home. During these times, the Japanese trains can be so crowded that getting off for your stop may require pushing and squirming as you work your way through the small, densely-populated space. When the trains are crowded, it becomes quite easy for people to grab or grope other passengers without being identified. With this in mind, many women-only train cars have been established. If you are worried about getting on the trains during a busy time, check out this article for some advice.

Even with the shortfalls of the Japanese train system, its reliability, price and convenience have caused it to become an integral part of the typical daily Japanese lifestyle.

For longer trips, the shinkansen, or Japanese bullet train, is available. This type of train, competitive with air travel, is symbolic of modern Japan and many Japanese brag about the shinkansen to foreigners. This type of Japanese train allows day trips between large urban centers, like Tokyo and Osaka. As a result, shinkansen increase the efficiency of business between urban centers at a cheaper price than air travel. Shinkansen do not face the same crowding issues as regular Japanese trains, as most seats are reserved in advance. Shinkansen are a great form of public transportation for Japanese businessmen and tourists alike due to the ease and quickness in which these special trains connect Japan.

Many Americans are dependent on cars to get around and the idea of a reliable, on-schedule public transportation system may be hard to believe. The Japanese trains have been coordinated so successfully that Japanese people living in urban areas depend on them in order to reach most of their destinations.

Have you ever been on a train in Japan? Tell us about your experiences in the comments.