Home » Translation » When Literal Isn’t “True:” A Translator’s Take on the Atlas of True Names

When Literal Isn’t “True:” A Translator’s Take on the Atlas of True Names

Would you translate Cuidad Juarez as Swineherd City?

That’s the premise of the Atlas of True Names, a map put together by cartographers Stephan Hormes and Silke Peust, which shows geographical names translated into English using their root languages.

Great Britain transforms into “Great Land of the Tattooed,” Chicago to “Stink Onions,” and the Seine to “The Gentle One.” 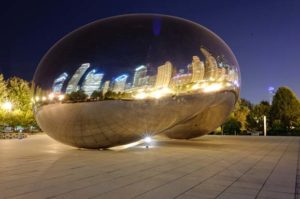 While the Atlas of True Names shows an entertaining side of geographic translation, determining how and when to translate place names requires careful consideration.

In some cases, professional translations function similar to those of the Atlas of True Names. A literal translation often serves when a location name includes a qualifier describing the type of place, such as “forest,” “sea,” or “valley.”

A more tricky task is determining when to change the entire name, and not just a qualifier. Country names might change entirely because of historical differences in naming, such as the country Germany, which in German is called “Deutschland,” but is referred to as “Alemanha” in Portuguese.

Political reasons like naming disputes can also produce different names. When translating a document from Japanese to English, for instance, a translator may encounter Nihonkai, or the sea bordered by Japan, Russia, and Korea. The name translates literally to “Sea of Japan,” and while this is technically correct, the translator must be aware that Koreans would dispute the name, since they call the sea Dong-Hae, the East Sea.

Since there has not yet been an international consensus on the name, translating directly to the Sea of Japan could be culturally inappropriate, depending on the audience for the translation. A better solution might be to include both names, by printing: “Sea of Japan (East Sea).” A translator wouldn’t be able to determine this from the source text alone and would need cultural knowledge to decide upon the correct translation.

A good way to approach the translation of place names is to seek out official resources to determine the common usage of the name. A translator might consult a map or other primary source in the target language, such as a government document or media article. In some cases, a translator can draw from official guidelines for assistance. For translations into English from other languages, the European Commission Translation Service English Style Guide has a series of conventions in its stylebook for geography translation.

Still, a translator should consider each specific case when determining the proper translation. When in doubt, it’s best to leave the name in its original language. Correct place names, like names for people, stand on their own in any language, and a complete literal translation outside of the Atlas of True Names probably won’t make sense.

2 responses to “When Literal Isn’t “True:” A Translator’s Take on the Atlas of True Names”