Home » Marketing and Networking » Three economies to watch in 2015

Three economies to watch in 2015

6th February, 2015 I by Translation Excellence 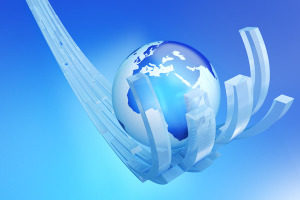 Since 2003, the acronym BRICS has been used by foreign investors to describe some of the world’s top growing economies: Brazil, Russia, India, China and South Africa. While these countries are still economic powerhouses as 2015 begins, other countries have growing economies that may increase their importance on the global economic stage. Here are three up-and-coming countries and the languages necessary to interact with them.

Economy: In 2015 Nigeria is expected to overtake South Africa as Africa’s largest economy. The International Monetary Fund has forecast a 7.4 percent growth in gross domestic product (GDP). Its GDP is currently $262 billion in U.S. dollars. As a country with a strong growth rate, Nigeria could become a contender for foreign investment. It’s also the African country with the largest population, and the second largest African stock market (behind South Africa), making it a great place to invest. Economic growth in the country is primarily being driven by petroleum: the country is the world’s 10th largest exporter of oil in the mining industry.

Languages: English is a primary language, but investors would be wise to get a basic understanding of the culture and grammar of at least one native language. Two of the major ones are Hausa, spoken in the north of the country, and Yoruba, spoken in the southwest.

Economy: With an economic growth rate of 5.2 percent, Peru was one of the fastest growing economies in Latin America in 2013 & 2014 and will continue to grow in 2015, according to estimates by the Banco de Credito del Peru (BCP) (http://www.bernama.com.my/bernama/v7/wn/newsworld.php?id=1003783). Most of the growth was in the mining industry: the country produces much of the world’s supply of base and precious metals, and expects substantial foreign investment in mining in 2014 (http://online.wsj.com/news/articles/SB10001424052702303453004579290253984145192). Commercial services and manufacturing are also expected to grow.

Languages: Eighty percent of Peruvians speak Spanish, and the remaining 20 percent speak native languages. Spanish is the best language for business, and there are four primary dialects in the country: Andean, Costal, Amazonic and Equatorial.

Economy: While Vietnam is not the fastest growing economy in Asia (China still has the lead), it finished 2013 with a 5.42 percent economic growth rate (http://www.tradingeconomics.com/vietnam/gdp-growth). The country also has potential for increased foreign investment, following a recent amendment to a law limiting foreign ownership of shares in listed firms. Foreign shareholders may now hold up to 60 percent of certain companies. Good industries for investment include consumer electronics, agriculture machinery and automobile part manufacturing.

Languages: Vietnamese is the dominant language of Vietnam, and even most minority groups are fluent in it. Common second languages include English, French, Japanese and Russian.

Will Vietnam, Peru and Nigeria overtake the BRICS? Likely not in 2015, but it’s worth paying attention to them early, because they may continue to grow in the next 10 years.