Home » Culture » Getting Around Japan Part1: Do you need a car for transportation?

Getting Around Japan Part1: Do you need a car for transportation?

5th September, 2014 I by Amanda Barnstien 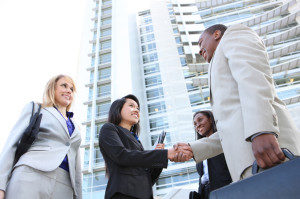 Americans cannot drive in Japan with only a United States license and instead must go through the process of obtaining an International Driving Permit. If you will be living in a rural area in Japan or driving in Japan for other reasons, you must obtain your driver’s license in America. Later on, you will be required to take both a written test and driving test after arriving in Japan. Since the Japanese drive on the left side of the road, additional practice may be necessary. Consider attending a Japanese driving school. Japanese drivers can obtain their license by graduating from driving school and then passing two tests from a license center. The process of gaining permission to drive in Japan can be quite lengthy, which may explain why so many Japanese and non-Japanese alike rely on public transportation.
Do Japanese people even use cars?

Most people residing in Japan live in urban areas. As a result, these people have multiple forms of public transportation easily accessible, including buses and trains. For people living in rural areas, a car may be necessary, due to infrequent forms of public transportation. These cars are subject to two different taxes. Keisha cars are lighter, narrower and are generally cheaper than normal cars. These cars can be identified by a yellow license plate. For the small population living in rural areas, the residents may require a car to get around, Due to the lack of available Japanese public transportation. In the urban locations where most people reside, public transportation is more convenient. In densely populated areas like Tokyo, owning a car and having to pay for a parking space sometimes mere blocks away from one’s home can be costly and inefficient. With everything located closely together in urban centers, it is no wonder that so many Japanese people do not even have a driver’s license and instead rely on the existing available public transportation.

In general, the Japanese public transportation system predominates, most notably in urban areas. People living within cities like Tokyo and Kyoto manage to get where they want, without the use of a car, by taking advantage of bicycles, buses and perfectly-punctual trains.

Interested in learning about Japan’s public transportation? Check back for part 2!