Foreign correspondents: make way for the crowds. Increasing numbers of international news sites are featuring crowdsourced translations of news from abroad rather than original content.

With the news industry cutting back on international coverage, the trend may be arriving at the ideal time. Outlets previously gathered international news through wire services and foreign bureaus, but the process has always been expensive, making it a prime target for cuts.

Crowdsourcing could fill the gap by bringing already existing content to new audiences.

For crowdsourced translations, sites draw on groups of people, usually volunteers, to translate content. Often, crowdsourcing asks the group to work on the same article or pieces of that article, then the results are compiled and compared by a computer. The most common responses are pieced together to form an article.

Examples of crowdsourced news sites include Yeeyan.com, which translates international articles from any language into Chinese; Meedan.org, which translates Arabic into English and vice versa, and Watching America, 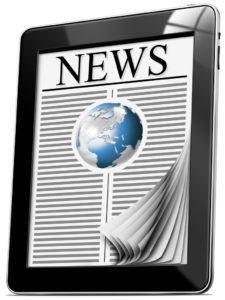 which translates articles from any language into English.

The technique began making inroads into traditional journalism practice in October 2013 when CNN, the broadcasting giant owned by Time Warner, announced a partnership with Duolingo, a language-learning software company.

Through Duolingo, users play games to learn a new language, translating back and forth from their native language into the language they hope to learn. Thanks to the new partnership with CNN, some of the words, phrases, and sentences translated by Duolingo users will come from news articles. As users learn, they will be translating CNN articles into Spanish, French, and Brazilian Portuguese.

Older translated news efforts, like those mentioned above, may pose problems for copyright. Non-fictional writing, including journalism, is protected by the Berne Convention for the Protection of Literary and Artistic Works. Under the convention, reporters hold the “exclusive right of making and authorizing the translation of their works.” Translated news sites don’t always seek permission, making their translations legally questionable.

In the case of CNN, however, the translators will be working on articles already published in the news company’s English edition, meaning that the translators have permission from the copyright holder. With the legal question out of the way, the technique may become a viable and affordable way to transmit international news.

If the technique does become a dominant source of international news, it remains to be seen how it will compare to current coverage.

Translations of the news, which are now mostly done by individuals and not crowds, call for solid news judgment and a command of journalistic style. English language journalism, for example, can be punchier than reporting in other languages: relying on short, quick sentences, where other languages may be wordier.

Whether or not the translated articles adapt stylistically from their source material, crowdsourced news translation may open more access to international news. Articles that would have limited readers because of language may new reach a wider audience. Still, it remains to be seen how the overall face of international news might change.