3 Storylines to Watch for Team USA in the 2016 Olympics

On August 5th, 2016, the opening ceremonies of the 2016 Olympic Games in Rio will commence. Before the cauldron is lit in Rio, here are a few stories to pay attention to if you are a fan of the United States. 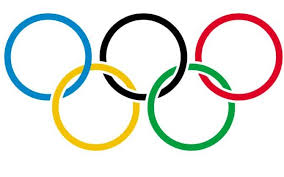 After announcing his retirement following the 2012 Summer Games in London, everyone thought they had seen Michael Phelps swim for the final time for Team USA. Surprisingly in 2014, the most decorated Olympian of all-time decided to make a comeback. When he dives into the pool in August, he will be 31 years-old and insists that this will be his fifth and final Olympic Games. Will he be able to add to his record 22 medals, including 18 gold when he participates in the 100-m and 200-m butterfly and 200-m individual medley? He warns that he is swimming almost faster than ever before.

Will Simone Biles live up to the hype?

Simone Biles is among the record-breaking 292 women representing Team USA in the 2016 Games. By the end of her time in Rio, Biles may be a household name. The 19 year-old gymnast has taken home the most world medals of any gymnast in U.S. history, including 10 golds. Furthermore, she is just one of three women in history to win four straight all-around titles at the P&G Gymnastics Championships. She is a beast, and the legendary Mary Lou Retton may be correct in calling Biles “unbeatable.”

Can the U.S. Men’s Basketball Team bring home the Gold?

Imagine coaching a team and losing LeBron James, Steph Curry, Kobe Bryant, and Dwyane Wade. As unfathomable as that may sound, this is a problem that must be tackled by Coach Mike Krzyzewski. Although the squad appears to be depleted, it is still loaded with talent. Headlining the group is Carmelo Anthony, an Olympic veteran who is the first player in team history to qualify for four Olympic Games. He set the single-game scoring record for the United States with 37 points against Nigeria in 2012. Basketball fans are also looking forward to watching new Golden State Warrior teammates Kevin Durant, Draymond Green, and Klay Thompson play side-by-side for the red, white, and blue.

All in all, these are just three of the major storylines for Team USA heading into the 2016 Olympic Games in Rio. I personally cannot wait to watch the drama unfold in August.

What are some other major storylines for Team USA in the 2016 Olympics? Are the headlines above worthy of so much attention? Comment below!