Difficult Languages to Simultaneously Interpret – Part I of II

Simultaneous interpretation is the act of orally interpreting audio with only few seconds of lag time. A strenuous task for any language, four languages in particular that are tough to simultaneously interpret are Arabic, German, Korean, and Navajo. In part one of this blog, the two older languages, Arabic and German will be discussed. The alphabet which would eventually evolve into the Arabic alphabet was first developed by the Nabataeans, who established a kingdom in modern-day Jordan around 200 BC. The history of the German language, although not the German language used today, traces all the way back to about 6th century AD. 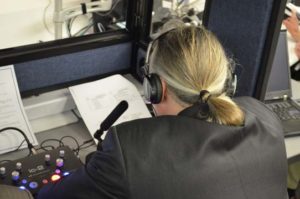 What are some languages other languages that are difficult to simultaneously interpret? Do you agree that the examples used above are challenging? Can you provide any tips on interpreting Arabic or German?